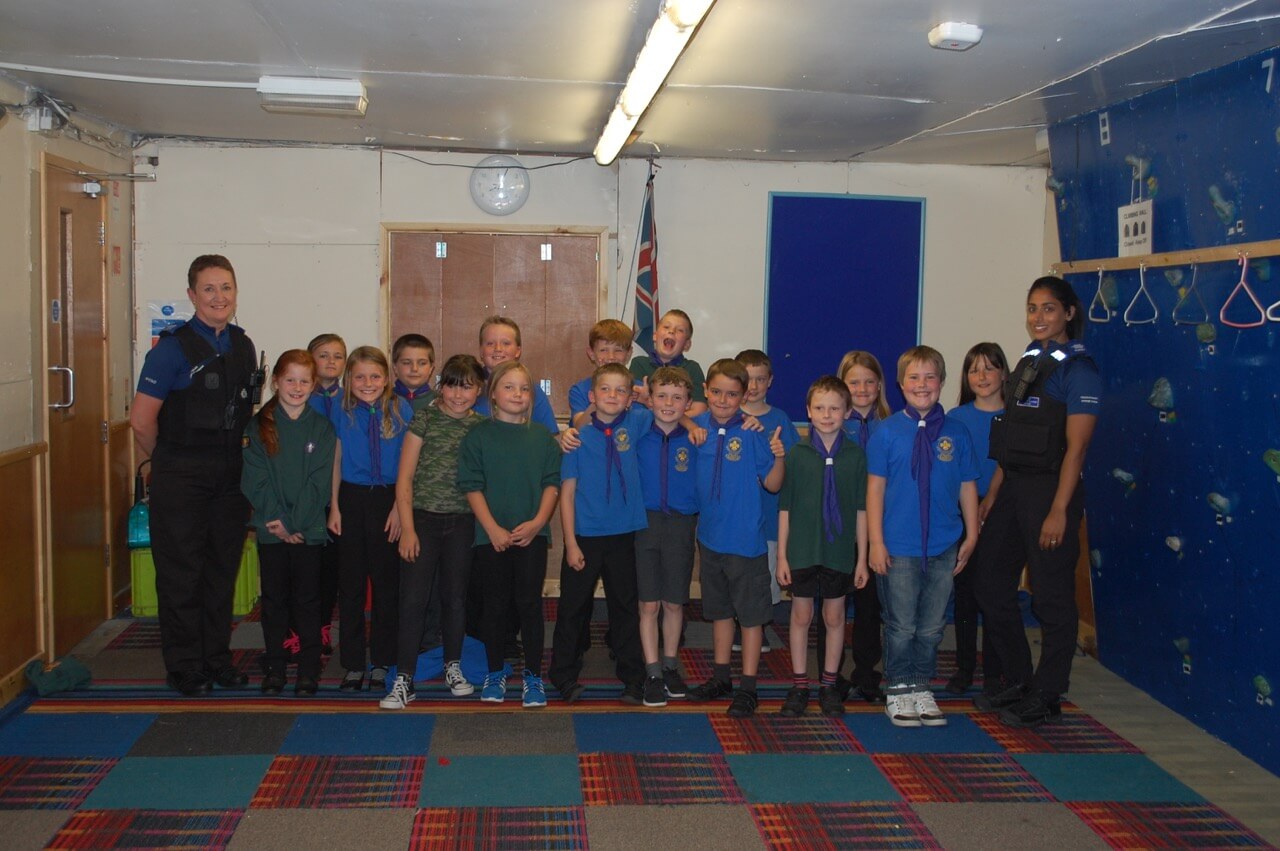 This week our Cubs completed the first half of… 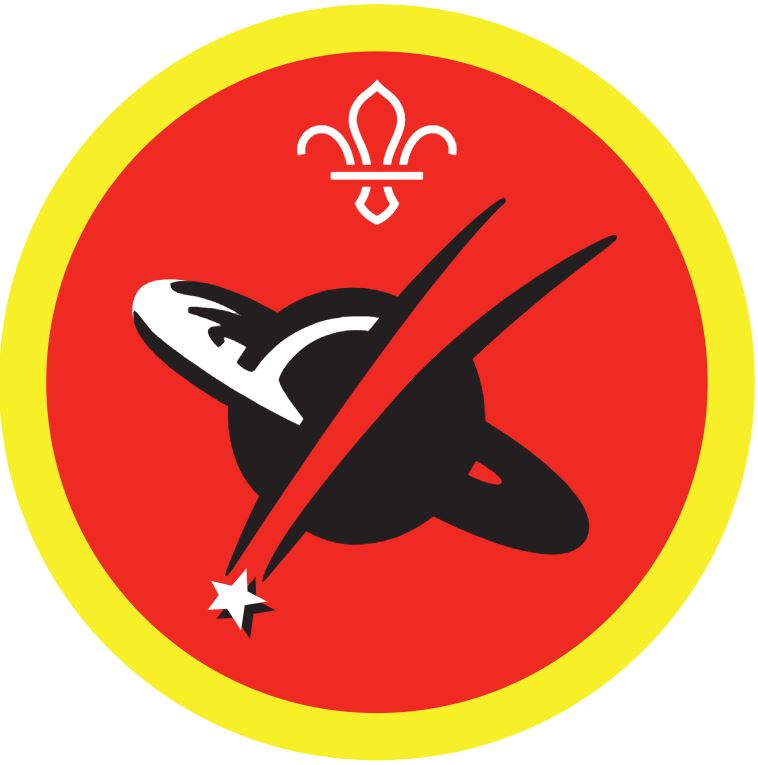 We learnt about our Solar System, the planets, satellites, comets, asteroids, stars and much more! Although many of the Cubs had a good understanding of some parts of space, so we got to expand our learning about the Mars Mission with SpaceX and why we have observatories in specific locations. Finishing off the night the Cubs took to the screen and helped to create another picture, again their talents never cease to amaze us! 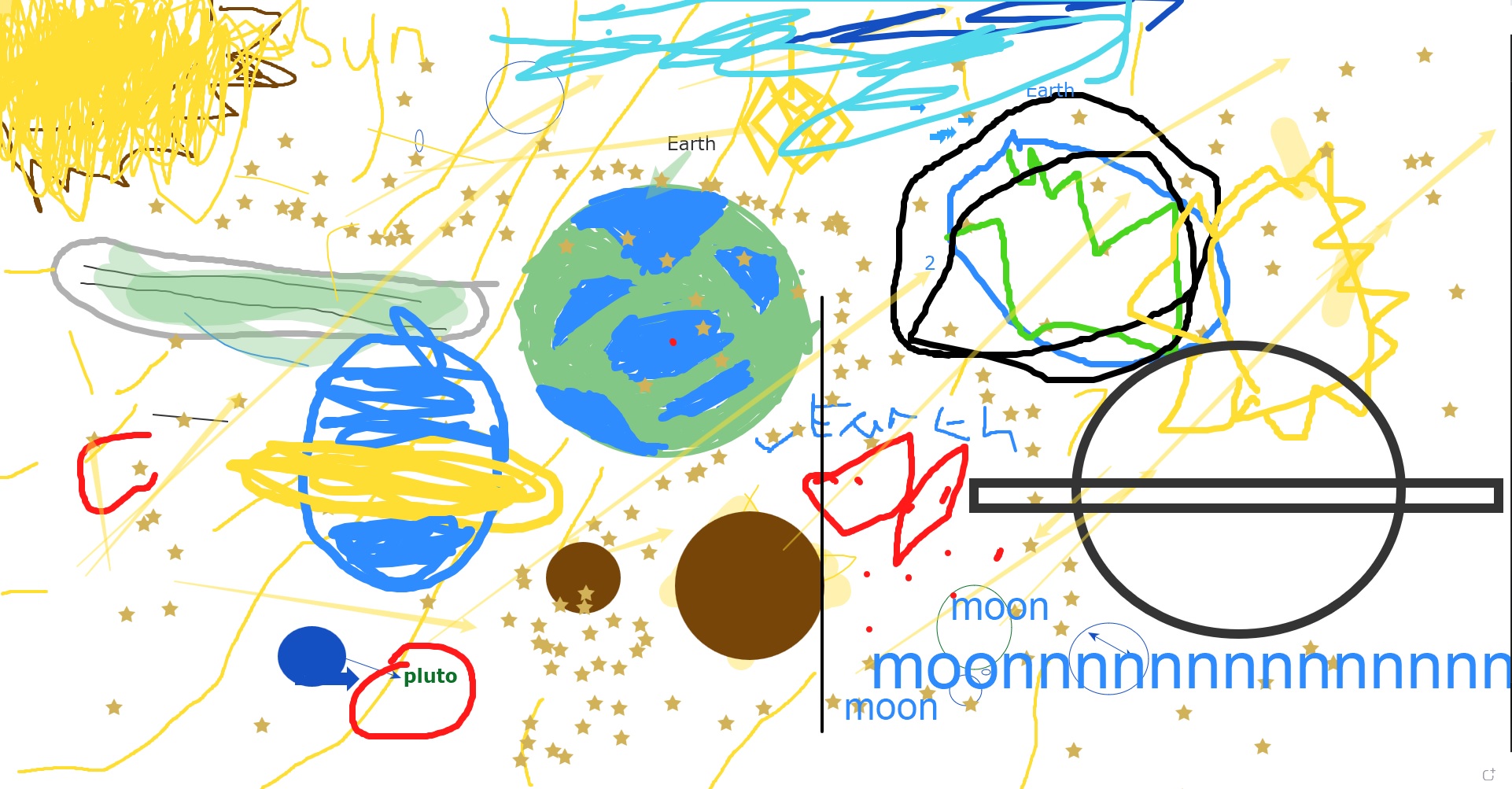 This week our Cubs completed the second half…

…of the animal carers badge! 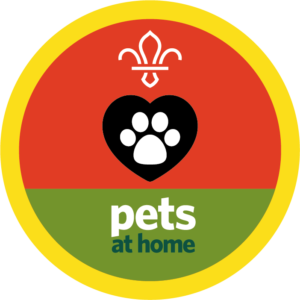 Each Cub had looked after a pet and learnt how to care for a new animal.

One of the Cubs even managed to convince her dad (with mums help) to get a hamster which was swiftly named ‘Sparkles’! Over the course of the two months, 2 lovely dogs also became family members to two other Cub households.

The virtual meetings and activities finished off with a brain storm for getting a pet Crocodile! And creation of posters promoting Animal Safety… I think you’ll agree with us, they did a fantastic job! 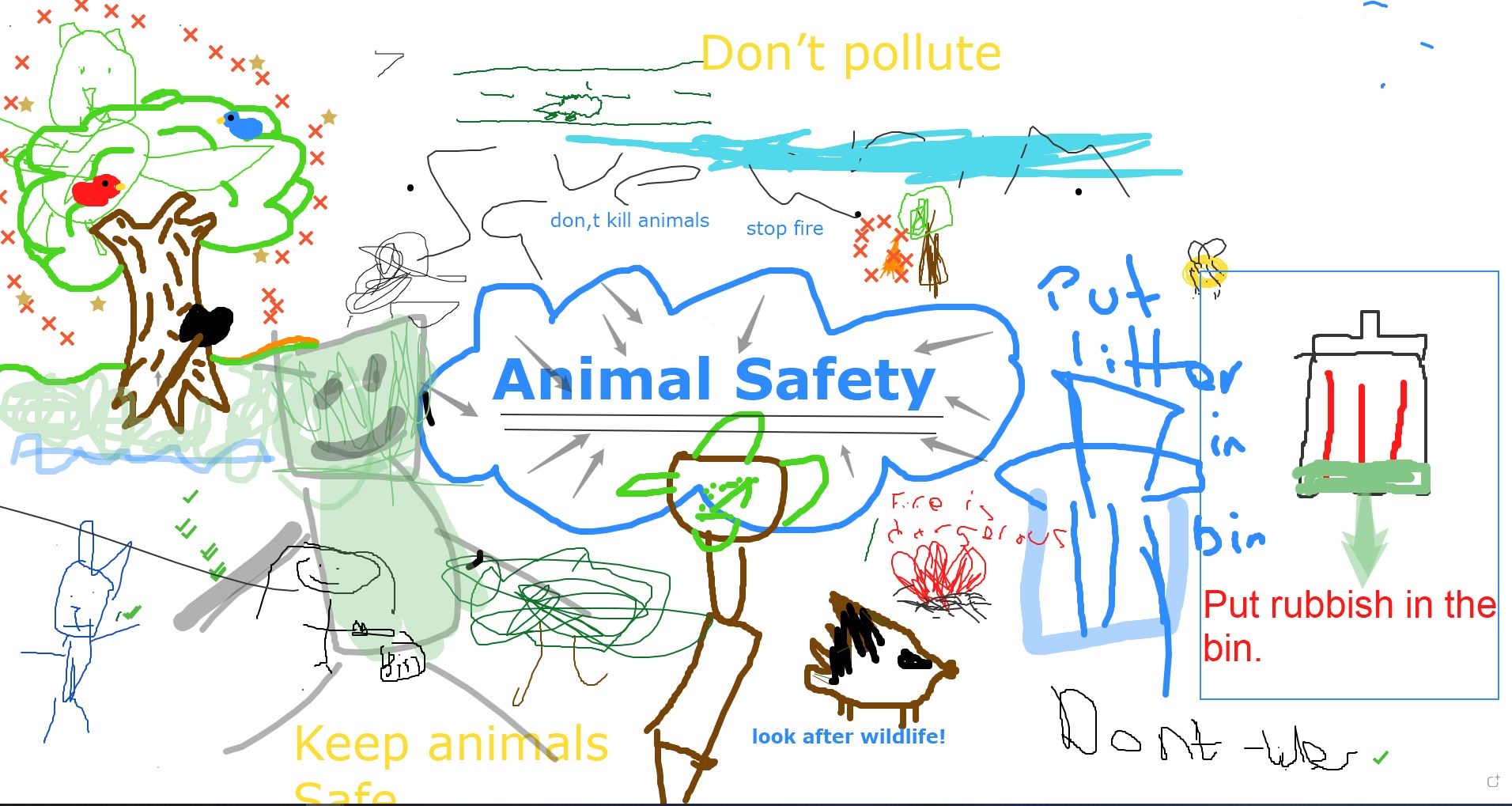 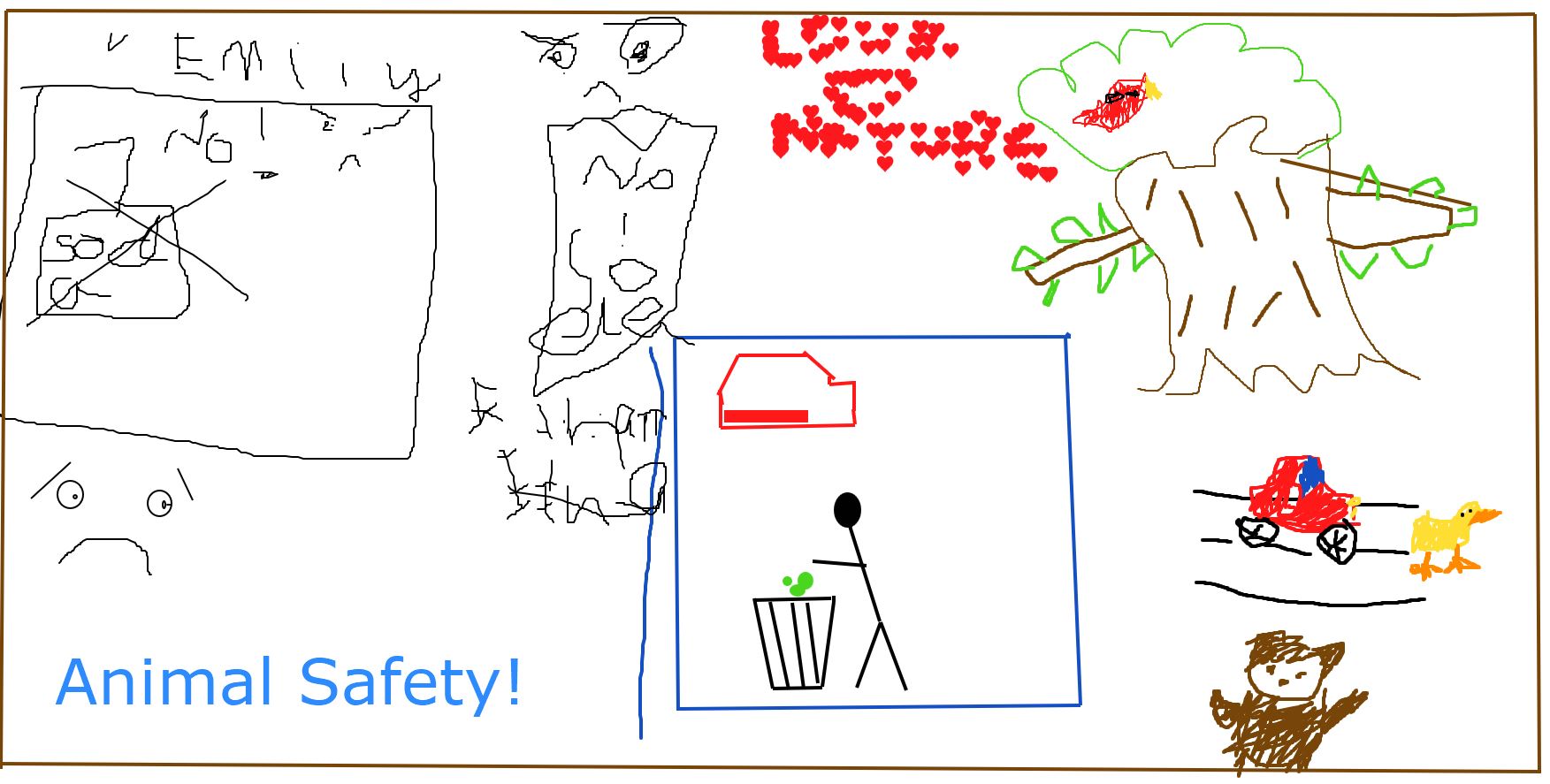 END_OF_DOCUMENT_TOKEN_TO_BE_REPLACED

Mel, Jess & Ben who are three of our Explorer Scouts, together with Richard, Jo & Sam who are three of our leaders Enjoyed  a sailing adventure. They were onboard a yacht called ‘Offshore Scout’ which is a modern Oyster 49 ketche belonging to ‘Adventures Offshore’. On Saturday 20th August they joined the yacht at Ipswich. On Sunday they sailed to Ramsgate. They crossed the Channel to Dunkirk on Monday. On the crossing they managed to get two sails up and go without the motor. Tuesday was spent exploring Dunkirk. On Wednesday they were off on their adventures again when the sailed to Ostend. On the trip to Ostend the wind was in a good direction for sailing and they enjoyed a day of good speed. They had five sails up and the yacht had a good lean. They had a little time in Ostend before setting off later on Friday for the long  overnight crossing back to the U.K.

Adventures Offshore is a sail training charity based on the UK east coast offering a wide range of offshore sailing adventures to young people and adults, in UK waters and beyond. As part of the worldwide Scouting movement, they share and aim to supplement the objectives of The Scout Association. Scouting exists to actively engage and support young people in their personal development, empowering them to make a positive contribution to society. Adventures Offshore, use offshore sailing as a tool to achieve these objectives, by providing young people with the opportunity to participate in a uniquely adventurous and exciting activity in a challenging environment.  Follow this link to see more photo’s 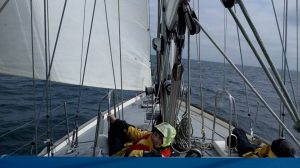 On Saturday 22nd April  10 Scouts & Explorers, accompanied by 4 Leaders enjoyed Adventure Day at Beaudesert Scout Activity Centre  in Staffordshire. The Scouts & Explorers    enjoyed Crate Stacking, Jacob’s Ladder & the Via-Ferreta which are all ‘roped’ activities at height.. The activities were led by Beaudesert’s excellent activity staff.  The Scout had the opportunity to pass three sections of their Adventure Challenge Award. Beaudesert also has an excellent camp shop known as the ‘Providor’, everyone took the opportunity to visit the Providor to buy souvenirs , ice creams , sweets and the like.  Everyone had great day. To see some photo’s of the day click here 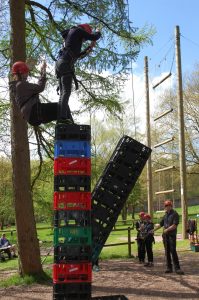 On Sunday 23rd April over 120 members of 1st Bedworth took part in the Nuneaton District Saint George’s Day Parade. The Parade was organised by 1st Bulkington Scout Group who laid on a brilliant event. We paraded from the Alms Houses to the Civic Hall where we took part in a celebration and awards event. After the event we paraded back to the Alms Houses . 1st Bedworth were the biggest contingent on the parade and we are very proud of our youngsters and adults who turned out… for the event . As well as a great turn out we were recognised in the awards. 1st Bedworth Hopkins Pack were awarded the York Cup as runners in the Pack of the Year. Our Explorer unit were runners up in the best Unit of the Year. Our Tuesday Beaver Colony (Woodward Colony) were runners up in the best Colony of the Year. Tom who is one of our Explorers and a Young Leader was presented with his D of E Bronze Award. Truly a proud day for 1st Bedworth. To see photos of the event click here

On Thursday April 13th Barlow Beavers had a very interesting visit from a Policeman. He told them what it was like to be a Policeman and how he used his kit. As you can see from the pictures he also allowed the excited Beavers to wear his uniform. Beavers from Monday & Tuesday night were also invited to attend the night. To see a few more photo’s click here

During the Olympics our Beavers joined in the fun by having an Olympic themed Colony Night. The Beavers enjoyed a number of Olympic sports and challenges. 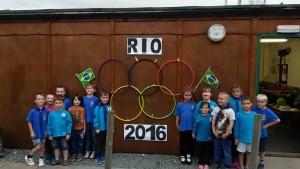 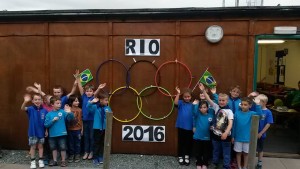 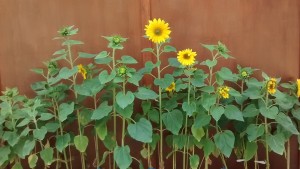 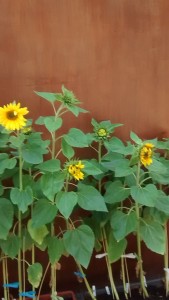 On Saturday 2nd July at approximately 9:00 am, 12 scouts and 5 leaders arrived at the marina in Nuneaton, packed and ready to set off for their first day of the expedition.

As I was one of the girl scouts on this expedition, I know that we all had to pack very lightly, as we had to fit our kit and somebody else’s kit in one barrel. (It was a tight squeeze)

When we set off, the weather and wind didn’t seem too bad to handle at first, but as we got further into the day the wind became stronger and it started to rain, which made our canoes twist and turn in all different directions.

We were paired up with people in the group, but were moved around throughout the day to test each other’s ability in controlling and moving the boat. I also think that the barges did not help with controlling as we had to move every time somebody on a barge came past. Also the fact that we had to pass 11 locks on the way wasn’t the best.

Finally after an extremely long day we did reach our camp for the night, which was a scout hut in Polesworth. This felt like a massive relief, even though there was more work to do before we could rest, such as carry all the canoes off the canal, closer to the hut and then cook our dinner.

I thought that my dinner choice was easy but nice, which meant that we could get everything done quicker.

By this time it was getting dark, so the leaders had to put up the hammocks in the nearby forest and they still didn’t have enough time to get a hammock up for everyone. Luckily I was one of the scouts that did get to sleep in a hammock. It was comfy.

The next morning, I was the last scout to get up, as usual, so I had to quickly get changed and have my breakfast. Then we headed back, this time the water was a lot smoother, the weather was beautiful and we didn’t have to travel as far. We all got picked up by the mini bus and went back to our scout hut for collecting time, which was around 4:00pm on Sunday.

I think that even though this camp was very tiring I would definitely do it again. It was GREAT!  🙂

Thank you Emma for the great report. You all did  well on the weekend and you can be proud of yourselves. You all earned you Expedition Challenge Award. Thank you Kevin, Steven, Dean, Neil, Lewis & Richard for making the weekend such a great success.